Since I am a warm water beach girl it was very strange that I ever moved to a desert environment in the first place.  But I ended up loving it and the desert was very good to me.  But alas the time has come to leave it all behind because even though we left La Quinta, CA just a couple of weeks ago we’ve still been traveling through a desert.  And it’s been hot hot hot! 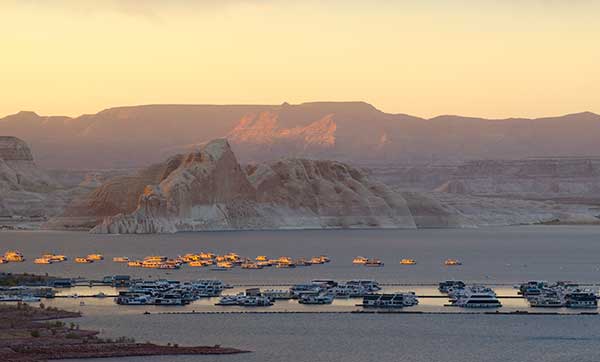 We had stopped in Page, AZ for some R&R at Lake Powell. Finally my humans were listening to me. We romped and roamed and swam in the lake!

A good time was had by all… until a sudden microburst of wind on an otherwise calm day took out our awning.  It pulled the screws right out of the skin causing damage to the body and bent one of the arms like a pretzel.  Wow, the dealership was right when they said that the awning would be the first thing to go.  It lasted exactly 8 days. 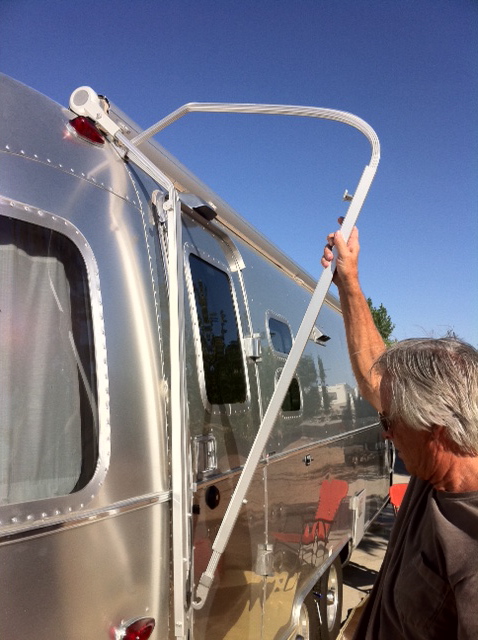 Next we were off to Monument Valley for the full moon rise.  Of course I tried to veto this, it looked like a bunch of red rocks to me and where’s the lake? 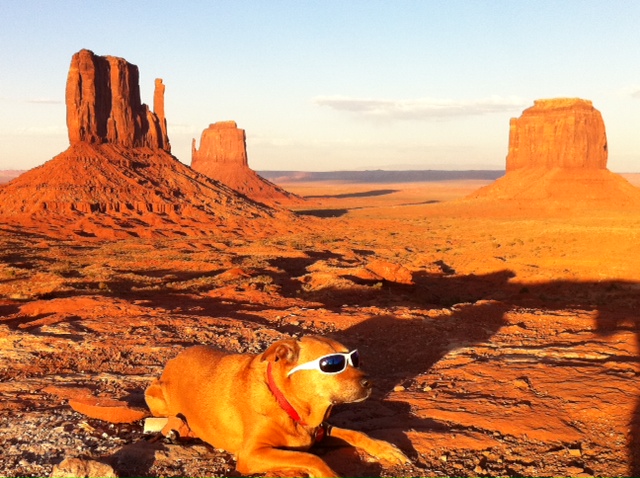 But since we were only staying one night (a wind storm was on the way) I didn’t protest too much.  And I have to admit it was one fine moon rise.

So now we leave the desert for good. Colorado here we come! Do you think they have any lakes there?